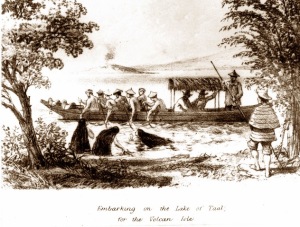 “The Favored City that is Lipa”

The wonderful, almost epical saga of a people in search of a permanent settlement where they could live secure and peaceful lives began in the panoramic lake shores that surround the stunningly beautiful yet dangerous Taal Volcano.

Tradition has it that the early settlements of Tagbakin in the southeastern region of Bombon Lake were inhabited by the war-like descendants of the two Bornean Datus Dumangsil and Balkasusa. From these pre-colonial settlements evolved the ancestry of Lipa.  It is said that the early Lipeños were Buddhist in religion and Indian in civilization while influences coming from other races also became inevitable due to the not so infrequent contacts with traders and merchants coming from China.   With the Spanish conquest of the region, the Lipeños were also forced to embrace the Hispanic Christian culture of the West. This is the reason why they say that in Lipa, “the East also meets the West.”

In 1570, the Spaniards under the leadership of Martin de Goiti began to colonize the areas surrounding Lake Bombon and in 1605, Bombon was made an encomienda which was awarded to Marshal Gabriel de Rivera. The Augustinian missionaries established a mission center in Tagbakin which they named San Sebastian, in honor of the Christian martyr. In 1702, the settlement was made a regular municipality and in 1716, a regular parish with Fray Diego de Alday as curate. 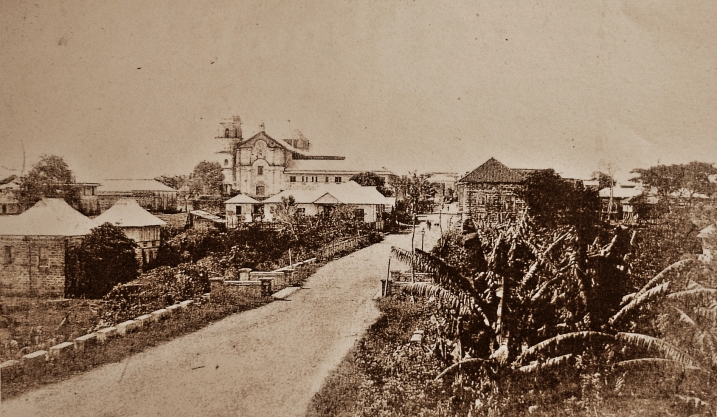 The cultivation of coffee was introduced during the term of office of Don Galo de los Reyes as Gobernadorcillo of Lipa.  An Augustinian missionary brought the seeds of the Liberica species from Mexico.  The coffee industry flourished and made Lipa the richest municipality in the entire archipelago.  Annual municipal income surged to a high of Php 4,000,000 that prompted Queen Regent Maria Cristina of Spain, acting for the young King Alfonso XIII, to elevate Lipa into a villa on October 21, 1887.  In the same year, on December 13, Villa de Lipa was authorized to use a coat-of-arms by Don Victor Balaguer, the Royal Overseas Minister.  During the celebration of Lipa’s elevation into a villa in January 1888, the national hero Jose Rizal was invited to grace the occasion but he responded only with his Hymno Al Trabajo which he dedicated to the zeal and industry of the Lipeños.

For about six months, around 1886 – 1888, Lipa was the world’s sole supplier of coffee beans.  This was a period of grandeur and extravagance for Lipa. Its society was unrivaled in terms of wealth, prestige and culture. The richest in the Philippines, Lipa had mansions which were furnished with the best from Europe and the children of wealthy landowners were sent to Manila and even toEurope for their studies. Social functions and gatherings were held frequently in the halls of the numerous palatial houses in the villa.  Villa de Lipa became famous for her feasts, parties and merry-makings.  But despite the ostentatious lifestyle and the high-society living of the people in the villa, the Lipeños were still described as “diligent, sympathetic, helpful, respectful, generous, God-fearing, understanding, hospitable, cheerful and strong-willed.” Lipa’s economic boom may be attributed to a virus that had attacked the coffee plantations in Europe, then those in South America and in Java making Lipa the sole supplier of coffee beans in the world. But the same virus soon reached Lipa. This ended Lipa’s short but fabulous period of fantastic extravagance and luxurious living.

Rising from the Rubble

The once proud and majestic Lipa was completely humbled by the Second World War.  The war has caused severe and irreparable damage to life and property and has left the town in a state of dismal disrepair. Lipa’s roads and bridges were heavily damaged and the public buildings were completely wiped-out. The palatial houses reminiscent of her “golden era” were leveled to the ground.  The city was literally reduced to rubble. The “grandeur that was Lipa” will now just become fragments of memories committed to the hearts and minds of the once proud and illustrious Lipeños.  The parish church was not spared, but it has remained standing, still towering and majestic in her “baroque – rococo” architectural design that seemed to remind the people that they should turn to God for refuge and solace in the face of this adversity and severest trial. It is said that Lipa was most devastated, second only to Manila in terms of civilian casualties and infrastructure and other war damages. 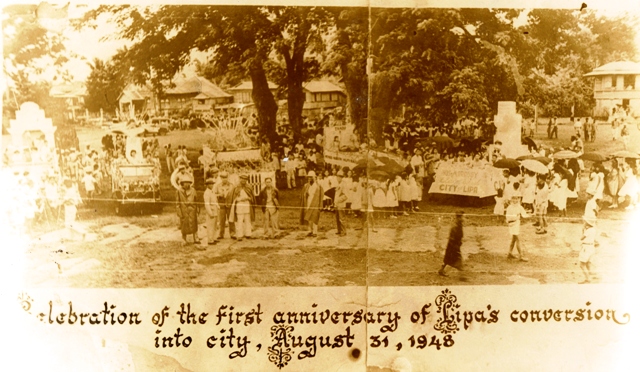 Lipa, which once hit the limelight for the extravagant and ostentatious lifestyle of her people during the coffee era, once again caught the attention of the world, this time, for being one of the most devastated cities in the Far East.

But the catastrophe did not prevent the Lipeños from rising up to start anew.  A period of reconstruction ensued and after a while, the town was on the road to recovery. 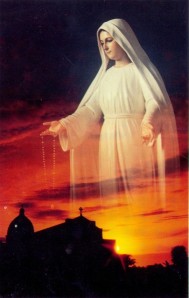 Dr. Francisco Villanueva, in his book “The Wonders of Lipa” had the following observations:  “The first time that the Blessed Virgin had ever appeared in the Far East was in that place of the Philippines called Lipa City.  This is a very special and great privilege granted by God and His Holy Mother to the Filipino people.”

It was in 1948, when Our Lady with the title, “Mary Mediatrix of All Grace,” allegedly appeared to Teresita Castillo, a postulant in a small Carmelite Monastery in Antipolo del Norte in Lipa City.  Amazing stories of miraculous healings and spiritual conversions associated with the alleged apparitions of the Blessed Virgin and the subsequent shower of rose petals witnessed by thousands of devotees were reported, which according to Dr. Villanueva lasted for seven months.

For fifteen consecutive days, Our Lady appeared to the visionary Teresing, giving her messages.  The Lady requested the nuns to consecrate themselves to her in the spirit of St. Louis Grignon de Montfort.  They were also asked to pray for priests and the Blessed Mother told the visionary that what she asks in Lipa is exactly what she has asked in Fatima. Bishop Alfredo Verzosa, local ordinary of Lipa and his auxiliary, Bishop Alfredo Maria Obviar, personally believed in the authenticity of the apparitions but in 1951, an investigative commission created by the Philippine Episcopal Hierarchy declared the absence of any supernatural intervention in the reported extraordinary events including the shower of rose petals and subsequently issued a quite unfavorable pronouncement on the apparitions.

The apparitions, which captured the attention not only of the Philippines, but the rest of the world, were soon forgotten.  The image of “Our Lady Mediatrix of All Grace” was later ordered withdrawn from public veneration.  The Lady of Lipa and her message to the people were soon lost in oblivion.   For 48 years, the beautiful saga of the Lady of Lipa remained waiting to be told.

On July 16, 1992, the petition of thousands of devotees whose lives were touched by the apparitions provided an impetus for the revival of the cult of Our Lady of Lipa.  Then Archbishop Mariano Gaviola, who also personally believed the authenticity of the apparitions, re-authorized the public veneration of the image of “Our Lady Mary Mediatrix of All Grace.” The wonderful story of our Lady’s visit to Lipa can now be told again.

17 years later, on November 12, 2009, Lipa Archbishop Ramon Arguelles issued a decree that officially reversed the 1951 ban on the public veneration of the image of Our Lady Mary Mediatrix of All Grace.  The decree, which is in pursuance to the instructions and conditions set by his predecessor, the Most Reverend Mariano Gaviola, also mandated for the creation of a new commission that will review the documents pertaining to the so-called apparitions of 1948 and will gather further documents thereafter up to the present. This act of the Archbishop, in support of the cause of Mary, is yet another significant milestone towards a probable Church recognition of the authenticity of the apparitions.