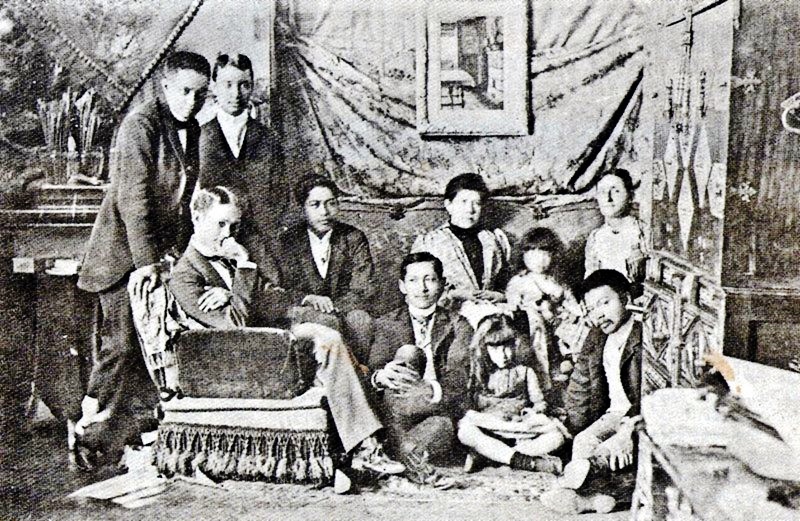 Gregorio Aguilera y Solís was born in Lipa, Batangas in 1869, the eldest son of Don Gregorio Aguilera y Esguerra and Doña Maria Solís y Luz. His Spanish-Filipino father, originally from Singalong Manila, came to Lipa in 1858 as a road inspector, and successively married the two daughters of the wealthy coffee baron Don Celestino Solis, Maria in 1860, and upon her death in 1877, her half-sister Catalina followed in 1880.

Since his childhood, “Goring”, as he was called, showed a clear intelligence and always carried the highest marks and the first prizes in his class. He obtained his Bachiller en Artes from the prestigious Ateneo Municipal de Manila. During his senior year, his teachers stripped him of the medal of excellence for a poem he had written surreptitiously against Spain which began with “Muera la madrasta España…” (Death to stepmother Spain). The Jesuits’ leniency in his punishment was striking given the heated political atmosphere of that time. As a repentance of sorts, Gregorio intended to join the priesthood and travelled to Europe in 1889. He was one of the few students under the pensionado program sponsored by the Spanish government.

But his time in Paris and later in Madrid changed his life purpose. Europe had transformed him completely from a young devout Jesuit to a hardened bohemian who lived in the slums of Madrid, among places where chulas (pimps)were prolific. Free for the first time in his life from the restrictions of religious school and finding himself in the middle of a great and gallant city, he allowed himself to be guided by his instincts and poet’s temperament while enrolled at the Universidad Central de Madrid. Gregorio never neglected his patriotic duties. With the company of his cousins Lauro Solis Dimayuga and Baldomero Luz Roxas, they became part of the patriotic colony in Spain, that worked to achieve a broader status for the Filipinos.

According to the Revolutionary General José Alejandrino, Dr. José Rizal regarded Aguilera as one of the brilliant minds among the Filipinos whom he met there. He was also among those who signed the petition presented to the Spanish Overseas Minister on December 21, 1892, requesting the King to purchase, for the amount of 7,500 pesetas, the obra “La Barca de Aqueronte” (The Boat of Charon), brushed by the laureate Filipino painter Felix Resurrección Hidalgo,and for it to be displayed at the Parque de Madrid. This magnificent work was presented to the International Exhibition of Fine Arts in celebration of the fourth centenary of the discovery of America. Gregorio was elected as a member of the Board of Directors of the Asociación Hispano-Filipina, an organization that signed the protest presented to the Spanish Overseas Ministry, on the occasion of the forceful eviction of the inquilinos (tenants) who engaged in bitter disputes with the Dominican friars, who demanded the increase of land rent at the Hacienda de Calamba.

Despite having been in Spain and other European cities where he acquired a very extensive cultural knowledge, modesty and simplicity were his most notable characteristics. He had no luxury in dress; he was even negligent or careless in this respect. “La comodidad antes que la elegancia”(Comfort before elegance), he used to reply smiling to his sisters Soledad, Vicenta, and Remedios, when they criticized him for his way of dressing. But if, when he had to attend some meetings with strange guests, or went to Manila for business, he never separated himself from his regular sized solitary ring and his gold cairel inlaid with diamonds, so he once said: “con esta facha que tengo, tendría entrada en ninguna parte si no llevara algo que indique que soy una persona decente.” (with this face that I have, I would not be allowed entry anywhere if I did not wear something that indicated that I am a decent person.)

Aguilera was the president of Instituto Rizal, an illustrious school where the nationalist statesman Teodoro M. Kalaw studied and came under his tutelage.  Kalaw never failed to acknowledge him for the cultivation of his literary taste and his background on culture and history. Aguilera even opened his private library to students and acted as their literary mentor. His devotion to preserving historical events led to the establishment of a bilingual (Spanish-Tagalog) newspaper “Columnas Volantes de la Federación Malaya” in Lipa on March 24, 1899, a weekly organ of the revolutionary struggle. As an illustrious patriot, Aguilera was chosen, along with Mariano López of Balayan, to represent Batangas at the Malolos Convention as one of the 110 signatories of the 1899 Constitution of the First Philippine Republic.

During the early years of United States Occupation, American authorities appointed Aguilera as Presidente Municipal (City Mayor) during the most critical period of local administration in Batangas. The American military threatened to adopt drastic measures to pacify the last remaining revolutionaries in the province. Aguilera, as  a patriot,  managed to get several revolutionary chiefs and officers, even General Miguel Malvar, to come forward safely through diplomatic efforts.

The popularity Aguilera had acquired in the province was so great that he was elected governor in 1904 without having left his house or spoken to any voter. He was the first governor of Batangas elected by suffrage under American sovereignty. Governor Aguilera was so sensitive to human suffering that during his term, he never wanted to see the prisoners in the provincial jail, to the point of instructing his cochero to take a different route whenever he saw a group of them working in the streets. On certain days he sent delicacies, cigars, and cigarettes to prisoners, expenses that were taken from his own private treasury. Because of this, and many other works of charity, Don Goring retired from public service not only without savings, but also diminishing his own personal fortune. Upon his death on January 16, 1921, Don Gregorio Aguilera Solís left his wife Doña Rosenda Katigbak widowed and childless. In honor of his life’s work and memory, one of the principal streets in Lipa’s población was named after him.