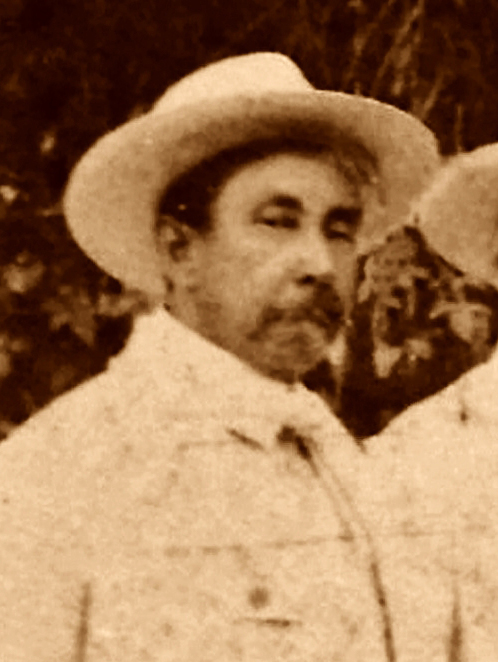 The present day Lipeños probably are unaware that there used to be a street in Lipa called Calle Dr. Losada, named after Don José Losada, a pioneer Filipino physician and diplomat. The street however was renamed and is now known as B. Morada.

José Losada y Aguilera was born on October 8, 1855, in Binondo, Manila, to the wealthy couple Don Domingo Losada, a Spanish ship captain, and Doña Segunda Aguilera. Although he was not a Batangueño by birth, Batangas adopted him as a son for his 35 years of distinguished service in the field of health, agriculture, and trade in the province.

Due to the rising need of physicians in the Philippines during the 19th century, Losada pursued a career in medicine. According to the late Filipiniana scholar Dr. Luciano P.R. Santiago, Losada was one of the first seven Filipino medicos titulares (licensed physicians), who obtained their licentiate from the University of Santo Tomas’ Faculty of Medicine. Amplifying his studies in the medical field, Losada enrolled at the Universidad Central de Madrid and obtained the academic title of Doctor en Medicina y Cirugía (Doctor in Medicine and Surgery) in 1878.

In May 1879, the Spanish government assigned Losada as the medico titular of Batangas and resident physician of Lipa. One of the biggest challenges he faced was the morbid Asiatic Cholera of 1882, which wrought havoc in the whole Philippine archipelago and trebled the average annual death rate of that time. For his services in fighting the epidemic, Losada was eventually rewarded the Spanish Civil Order of the Cruz de Epidemias (later renamed in 1943 as Orden Civil de Sanidad) in 1888.

Losada distinguished himself not only as a physician but also as a businessman for he ventured in the booming coffee enterprise in Lipa. He was one of the Lipeños who pushed for the conferment of the honorific title of Villa to Lipa in 1887. In that same year, Dr. Losada together with other Lipeños Don Gregorio Aguilera, Don Juan Olaguivel, and Don Norberto Catigbac were awarded the Spanish Civil Order Encomienda Ordinaria de la Real Orden de Isabel la Catolica for their achievement in the development of trade and agriculture in the province.

Losada was married to the wealthy heiress Doña Germana Solis y Metra of Lipa in 1879. They had one daughter Consuelo, who married Reynaldo Medina Lardizabal of Marinduque. When the Luna brothers came to Lipa in the 1890s to solicit funds for La Solidaridad’s patriotic campaign, the Losada family accommodated them in a nipa hut guesthouse set in an orchard at the back of their main house. It was luxuriously decorated with crystal chandeliers, gilded mirrors, Persian carpets, and blackamoors. The following day, a string orchestra awakened the guests for breakfast. In gratitude for the couple’s financial contribution and hospitality, the Lunas gifted the Losadas with a fine pair of large gilded Satsuma vases which still exist today.

The medicos titulares became powerful figures during the Philippine revolution against Spain. Losada engaged himself with the nationalist cause of that time as a member the Primer Comite Revolucionario Filipino en Hong Kong (Hong Kong Junta). In the heat of the Filipino-American War of 1899, General Emilio Aguinaldo sent Dr. José Losada and Sixto Lopez as envoys to Washington D.C. to lobby for the Philippine sovereignty. However, the mission failed and the American occupation of the Philippines ensued.

Losada was well loved by the Batangueños for his dedication to his patriotic duties and practice of medicine and for that they elected him as Governor of the province in 1907. After his political tenure in 1908, he was then appointed Provincial Health Officer and Chief Sanitary Officer of the provinces of Mindoro and Romblon.

Dr. José Losada did not cease to provide public health service until his tragic death. He died at his home in Lipa, on June 27, 1915, after being struck by lightning.