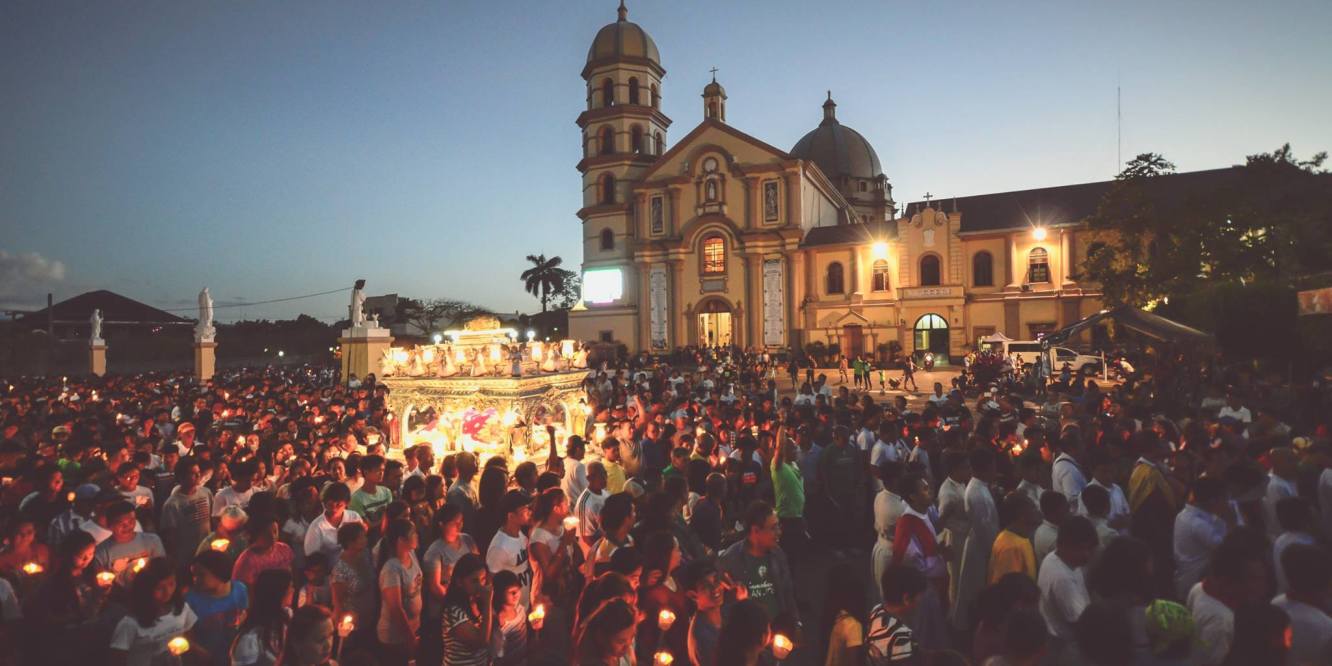 Owning a santo is a religious tradition introduced during the Spanish colonial times. Among many Filipino catholic communities, it is a badge of faith as well as a symbol of status and prestige. Religious objects and living traditions are very much embedded in the human manifestation of piety and devotion.

It is undetermined when this religious tradition started in Lipa as the San Sebastian Cathedral does not have any archival records pertaining to the town’s Lenten practices. Another source, on the other hand, the Spanish era Court Records of Batangas collection holds the last will and testament of Don Cayetano Catigbac y Calao (Lipa’s gobernadorcillo, 1865), which gives a timeline of how old the tradition was. The said document, dated April 6, 1877, mentioned that Don Cayetano was a camarero (custodian) of a processional image of the Señor de Tres Caídas, a tableau of Jesus’ third fall. Unfortunately, World War II reduced to rubble this santo, along with the numerous stone houses and other important memorabilia of the old families of the erstwhile Villa de Lipa.

Translation. The image of the Virgen de la Paz is for my daughter Maria Katigbak, but the images of Jesus, Mary, and Joseph and that of the Señor de Tres Caídas (Jesus of the Third fall) of which I am the custodian, shall be left to the care of my wife Doña Ygnacia Africa and to my daughters Doña Petra, Maria, and Leoncia Katigbak, who will assist her in arranging the dresses and attending to the said Señor if it will be taken-out and carried in procession.

For the past years, only five to ten santos joined the annual Holy Week procession of Lipa, however, the new breed of Lipeños who were moved with religious fervor and piety, have now ventured in the pursuit of commissioning or owning a santo. To date, there are now twenty-two santos venerated in the city’s Holy Week procession.

Below are the list of Santos in Lipa arranged according to the year they were commissioned or their primera salida (the year that the image officially joined the procession).